Amir was only 40 days old. He died because of pneumonia which he had caught hiding at a bomb shelter. Alisa perished on the second day of the war during shelling of a kindergarten. In three months, she would be eight years old. Polina and her parents were shelled in their car trying to escape from Kyiv. She studied in the fourth class. 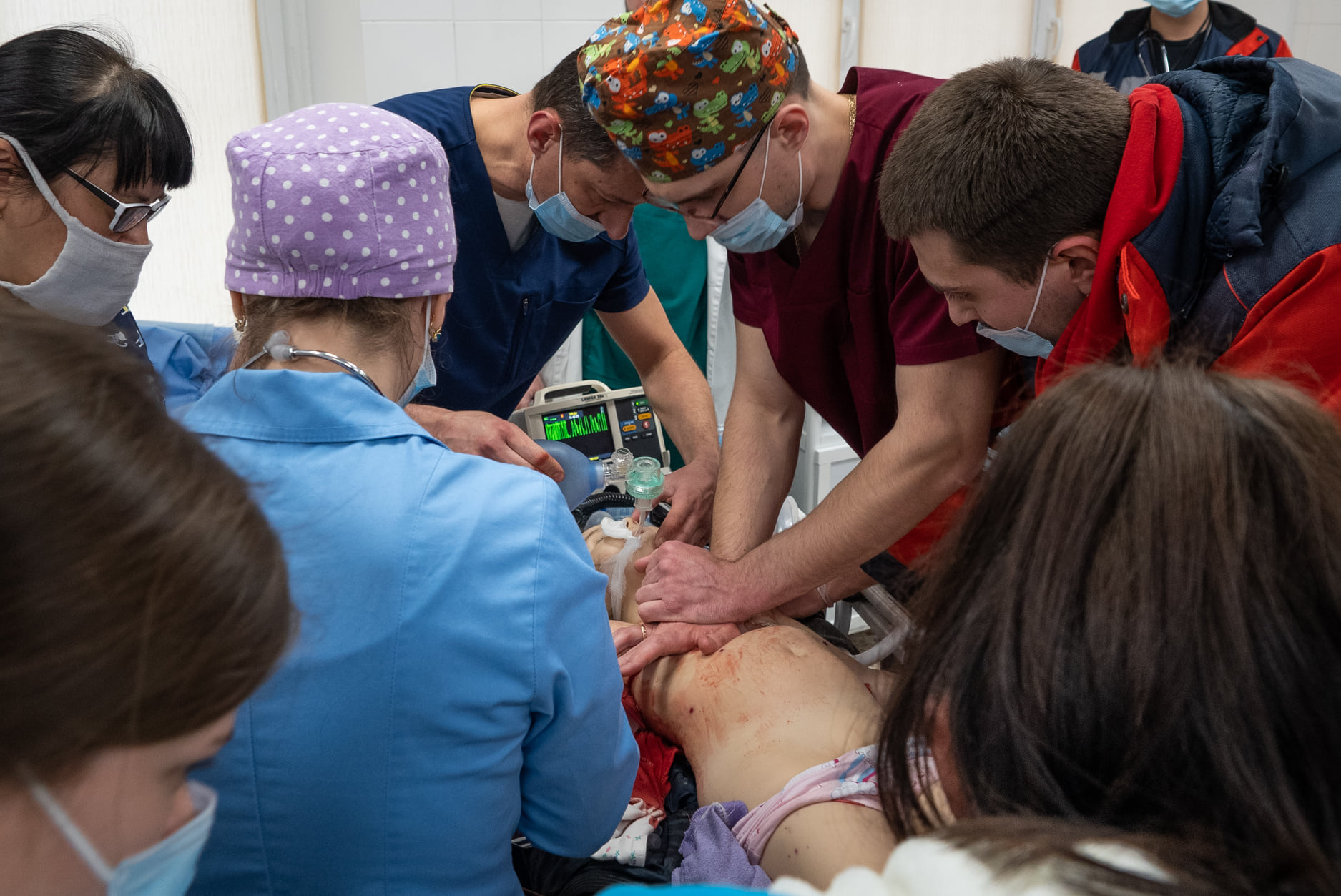 Daily, innocent Ukrainians perish from cruel attacks of Russians who ruthlessly shell our homes, kindergartens, maternity and municipal hospitals, cynically stating that those are military bases. Russia doesn't have pity neither on children, nor on parturients or older people. They have an order to kill everyone - without distinction - the captured openly confess to this.

Though, despite the fear of death, Ukrainians continue helping each other. Doctors stay at their positions and work overtime. Apart from the injured, there are also non-transportable patients. Kindergarten nurses calm down children because of constant air raid sirens. Volunteers arrange shelters for women with children for free who were bound to leave their homes.

All these Ukrainians are in dire need for medicines, foodstuff, hygiene products, and other humanitarian help. Due to the brave work of our volunteers, humanitarian cargo is delivered to the hottest spots of our country. Though, help is needed constantly, as the quantity of the injured is becoming higher and higher.

All the raised funds will be spent on purchase of medicines, medical products, foodstuffs, hygienic items, and other humanitarian help.

Press 'Donate' red button to transfer money from your card

Your Support Foundation has been operating for 8 years.
The Found is the only member of the World Heart Federation from Ukraine.
The Covid 19 project: Unite to Survive has raised more than € 2 million for Ukrainians in hospitals. This is the largest project in Ukraine for coviders, donors were representatives of Ukrainian and international business, namely: Credit Agricole, Nestle, Kyivstar (Veon), JDE, Mastercard, Grammarly, Conversion Club, BASF, Takeda, Trionika etc and others.
A unique case for Ukraine for all the years of independence!
Every year the fund undergoes an independent audit.
Now wartime and the fund is hiding within our reality (!), Nothing can be predicted.